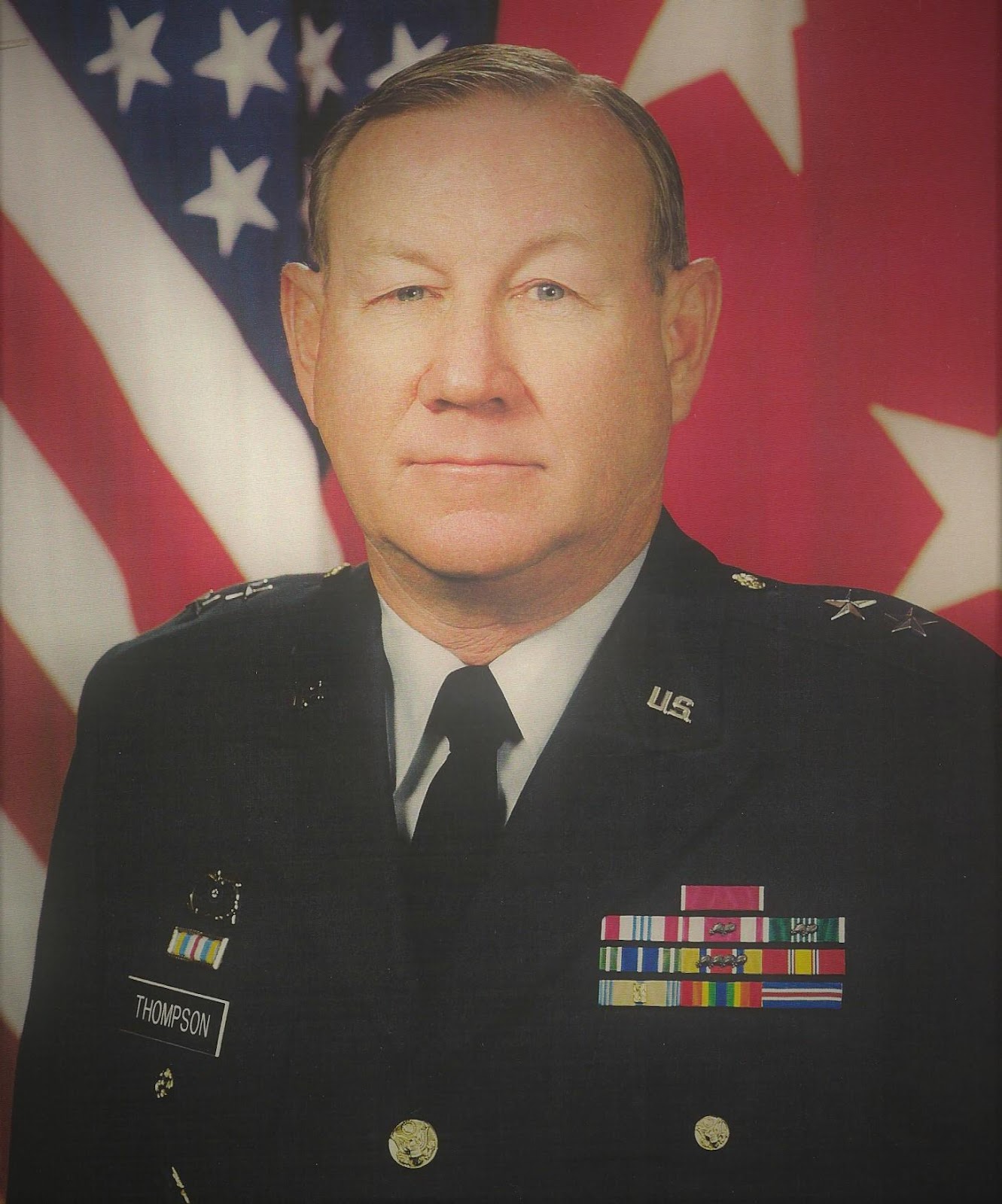 General Thompson had five years enlisted service prior to receiving a direct commission.  As a Second Lieutenant, Quartermaster, in 1969. A career logistician, he commanded the Headquarters company, 329th Supply and Service Battalion, the 520th Maintenance Battalion and the 917th Corps Support Group, which included NATO deployments and mobilization of subordinate units to the gulf war. His staff assignments include, supply officer, Command Recruiting Officer, Command Inspector General, Deputy Chief of Staff for Personnel, and Deputy Chief of Staff for Logistics. Following troop unit assignments, he was assigned to Headquarters Department of the Army, Office of the Chief, Army Public Affairs, serving in senior staff positions. In 1995, General Thompson was promoted to Brigadier General, as Deputy Chief, Army Public Affairs. In, June 1996, he was assigned to the Defense Logistics Agency as the Mobilization Assistant, to the Commander Defense Logistics Support Command and later to the Vice-Director, Defense Logistics Agency. In June 1999 he was selected for his joint assignment as the Director Joint Reserve Forces, Defense Logistics Agency and Mobilization Augmentee to the Director, Defense Logistics Agency. General Thompson retired 1 June 2003, with over 39 years of service.