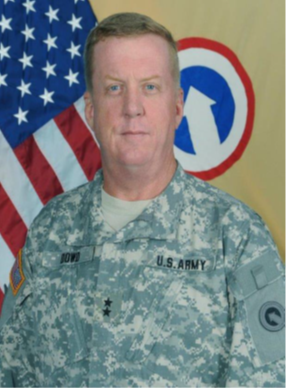 Major General Dowd retired after 35 years of Service. In his last active duty assignment, he served as the Director of Logistics Operations for the Defense Logistics Agency, similar to the role of a chief operating officer. In this position, he managed a $44 Billion dollar budget, directed a 26,000 person work force, and oversaw global logistics support for all military forces.

Prior to assuming that position, he served as Commanding General, 1st Theater Sustainment Command, Camp Arifjan, Kuwait where he commanded 18,000 personnel stationed throughout the Middle East and Fort Bragg. As part of his responsibilities, he oversaw the equipment drawdown of U.S. Military forces from Iraq.  His team also developed the current logistics structure being used to remove equipment from Afghanistan.