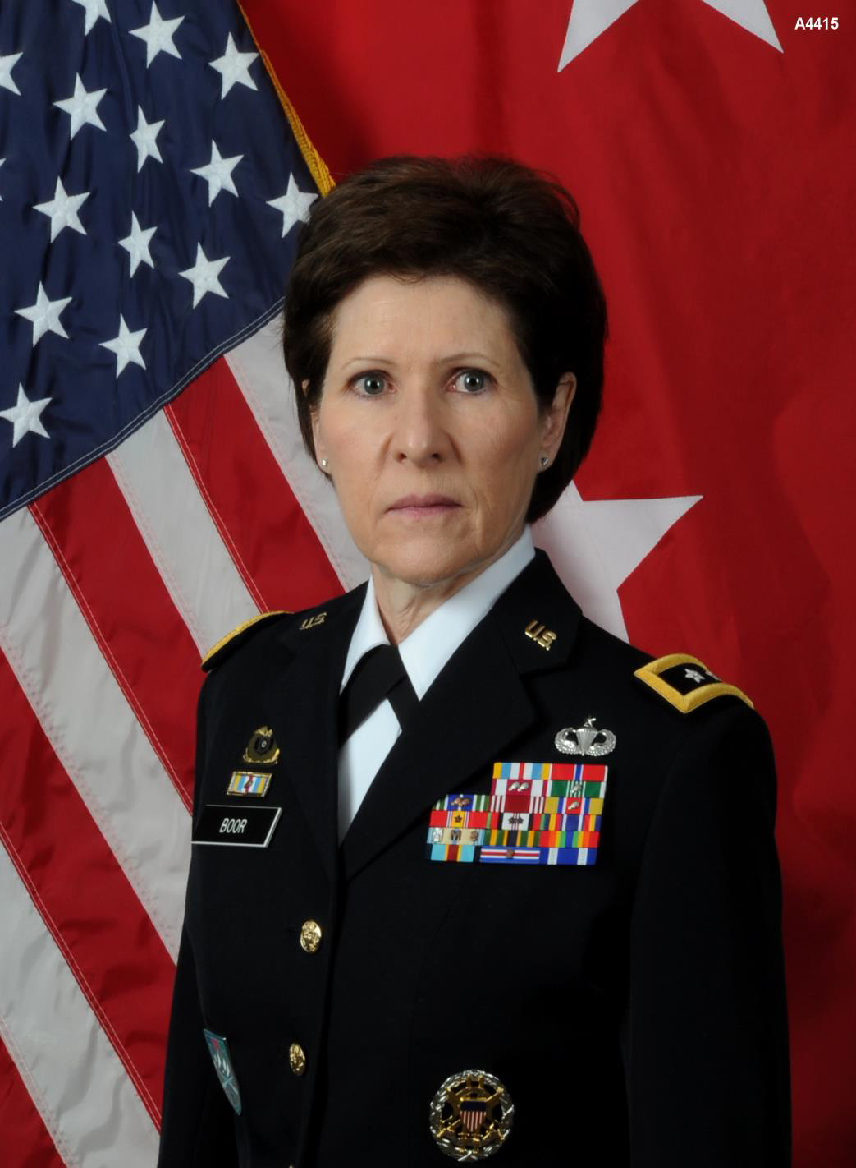 Major General Boor began her military career as an Enlisted Woman.  Four years later, she was commissioned a Second Lieutenant in the Military Intelligence Corps.  After completion of the Officer Basic Course, she served four years in the 313th Military Intelligence Battalion 82nd Airborne Division before transferring to the Army Reserve; she would later branch transfer to the Quartermaster Corps.

With selection for Brigadier General, she was assigned as Mobilization Assistant – Individual Mobilization Augmentee (IMA) to the Deputy Director, J-3/4, Defense Logistics Agency, Fort Belvoir.  During this assignment she also served in an active-duty status as Vice Director of Operations and Sustainment Logistics and Chief of Staff.  She deployed to Afghanistan as the Director of Task Force Spotlight.  Upon promotion to Major General, she served as Deputy Director for Logistics Readiness (IMA), J-4, and The Joint Staff.  Major General Boor also commanded the 99th Regional Support Command, Fort Dix, New Jersey.