Back to List
MG Robert C. Gaskill
Class of 1994 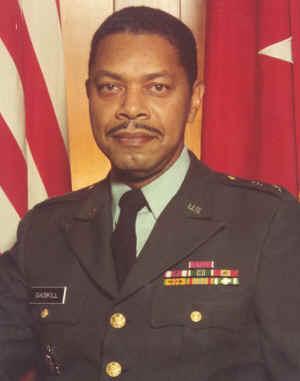 General Gaskill was commissioned as a Second Lieutenant in the Infantry Branch after completing Reserve Officer Training as a Distinguished Military Graduate at Howard University. His advanced education includes a master of business administration degree from George Washington University, the John F. Kennedy School of Government at Harvard University, and the Army War College.

General Gaskill’s contributions to the Quartermaster Corps are numerous. He personally directed the development of the Quartermaster-Commissary Procurement portion of the “Vietnamization program” during 1969-70. This ambitious program to make the Vietnamese people more self-sufficient included the aerial delivery of supplies to remote sites. As the first Quartermaster to serve as the Deputy Commandant of the Army War College, General Gaskill was able to shape logistical, financial and personnel curriculum that affects today’s senior Army leadership.