Back to List
MG Terry E. Juskowiak
Class of 2009 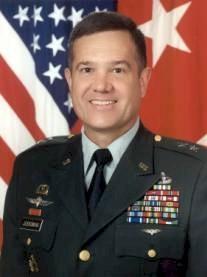 The son of a career army officer, Major General Juskowiak received his bachelor’s degree in political science from The Citadel in 1973 and was commissioned a second lieutenant in the infantry.  He also earned a master’s degree in contract and acquisition management from the Florida Institute of Technology in 1981.  His military education includes Infantry Officers Basic Course, Quartermaster Officers Advanced Course, Logistics Executive Development Course, the U.S. Army Command and General Staff and the Industrial College of the Armed Forces.  The general has also participated in the Training with Industry Program at General Motors, Detroit Diesel Allison Division, Indianapolis, Indiana.

Major General Juskowiak has served in a number of command and staff positions.  Among early assignments with the 101st Airborne (Air Assault) and the 25th Infantry Divisions, he has served in various positions with the Army Materiel Command.  In 1984, he was selected as military assistant, junior aide-de-camp to Secretary of the Army, John O. Marsh, Jr.  Following that assignment came numerous assignments in Europe where he served with V Corps Headquarters and the 3rd Armored Division.  He was assigned to the 82nd Airborne Division in October 1989 where as a member of the division staff he participated in Operation Just Cause in Panama.  During Operations Desert Shield and Desert Storm he commanded the 407th Supply and Transport Battalion (Airborne), 82nd Airborne.  Following his assignment as a special assistant to the Chief of Staff of the U.S. Army, he assumed command of the 10th Mountain Division Support Command and deployed the brigade to Haiti for Operation Uphold Democracy.  He then served as the Assistant Division Commander for Support, 10th Mountain Division (Light Infantry), Fort Drum which included an eight-month rotation to the Bosnian Theater with NATO’s Stabilization Force for Operation Joint Endeavor/Guard.  During 1997 and 1998, Major General Juskowiak’s joint position was as Director of Logistics, (J4), United States Atlantic Command.  He assumed command of the 1st Corps Support Command, XVIII Airborne Corps, in September 1998; and during Operation Desert Fox in December 1998 he also served as the Commanding General of Combined Joint Task Force-Kuwait (Forward).  In July of 2000, he assumed the position of Deputy Chief of Staff for Logistics at Headquarters, United States Army Forces Command in Fort McPherson, Georgia.

He was the 47th Quartermaster General and commanded of the U.S. Army Quartermaster Center and School from 11 July 2001-16 May 2003. On 16 August 2002, Major General Juskowiak also assumed command of the U.S. Army Combined Arms Support Command and Fort Lee which he left on 2 September 2004. Among other decorations, Major General Juskowiak is authorized the Defense Superior Service Medal, the Legion of Merit (with Two Oak Leaf Clusters), the Defense Meritorious Service Medal (with Oak Leaf Cluster), the Bronze Star Medal, the Meritorious Service Medal (with Silver Oak Leaf Cluster), the Army Commendation Medal (with Oak Leaf Cluster) the Army Achievement Medal.  He also wears Master Parachutist Wings, the Parachute Rigger Badge, the Ranger Tab, and the General Staff Identification Badge.  He is also authorized to wear the Australian, Canadian, Greek and Israeli parachute badges.