Back to List
MG Thomas Wayne Robison
Class of 1998 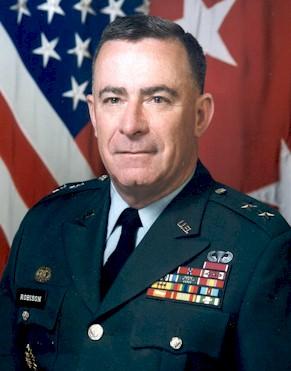 General Robison was born 8 October 1939 in Good Hope, Georgia, and died 1 September 1998 in Atlanta, Georgia. He was a graduate from the University of Georgia, where he earned a Bachelor’s Degree in Physical Education in 1961.   Upon graduation, he was commissioned a Second Lieutenant and assigned to the US Army Quartermaster Corps. He earned a Master’s of Arts Degree in Education Administration from Tulane University in 1968.

General Robison is buried next to his daughter, Katherine Klimowicz, at Arlington National Cemetery.