Back to List
MG William K. Hunzeker
Class of 1995 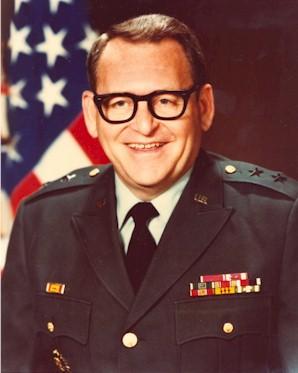 General Hunzeker enlisted in the regular Army in 1946 and was discharged in 1947. He was commissioned a Quartermaster Officer after graduating from The University of Pittsburgh with a Bachelor of Arts Degree. He also holds a Master of Education Degree from Indiana University of Pennsylvania. General Hunzeker’s military schooling includes the United States Army Command and General Staff College and the Industrial College of the Armed Forces.

General Hunzeker’s significant contributions are numerous, as an Assistant Professor of Military Science, Indiana State Teacher’s College he played a key role in commissioning more than 200 Quartermaster Officers. Many of these officers had successful careers with one rising to the rank of Lieutenant General.

As the Commander of The Army and Air Force Exchange Service-Europe, General Hunzeker initiated many bold programs to improve the availability of goods and services for service personnel and dependents, and boosted profits from $18 million to $50 million.

In his assignments as the Commander, Quartermaster Center and School, and later the Army Logistics Center, he effectively used his education, experience, and innovative thinking to improve the quality of logistics soldiers and systems, and support of the United States Army.