Back to List
Mr. Chester A. Kowalczyk
Class of 2001 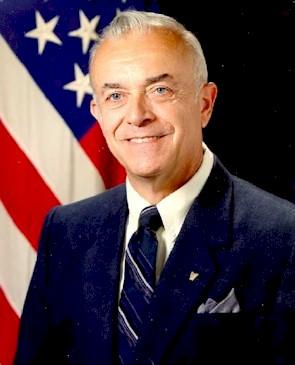 Mr. Kowalcyzk served as an active-duty Quartermaster officer for thirty years, from 1954 until his retirement as a Colonel in 1984. He then had a second very distinguished career as a Senior Executive Service Civilian in the Office of the Deputy Chief of Staff for Logistics, in Washington, from 1984 until his final retirement from Government Service in 1997.

Among his many active-duty assignments, Mr. Kowalcyzk served as a Commissary Officer in Heilbronn, Germany, and in Asmaram, Ethiopia, in the early 1960s; and was Deputy Directory of Food, First Logistical Command, in Vietnam in 1968. He also commanded the 56th Supply and Service Battalion in Europe (1971-73). Other command and staff positions included extensive tours of duty with the Defense Logistics Agency and the Office of the Deputy Chief of Staff of Logistics in Washington.

First as a senior officer then as DA-level senior civilian, Mr. Kowalcyzk made unparalleled contributions to Army readiness and logistics capability – most notably in the areas of Petroleum and Water supply. Under his leadership tactical water purification, storage, distribution, and cooling programs moved out of the “dark ages” of a quarter century ago, into the modern era. Quartermasters picked up the water supply mission in the early 1980s, replaced the antiquated ERDLATORs with state-of-the-art Reverse Osmosis Water Purification Units (ROWPUs), and established a rigorous training program at Fort Lee, Fort Story, and elsewhere, to ensure that American forces receive the water support necessary under any and all conditions whatsoever.

As with water support, Mr. Kowalczyk spearheaded new developments in the Inland Petroleum Distribution System and the Army’s new Force Provider program. His many accomplishments in this regard have, and will continue to have, a positive impact on future military planning, and on the lives of every soldier in the Army for decades to come.