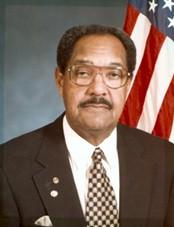 Mr.Lee retired from the position of Personnel Proponent Specialist, Deputy Chief, Office of the Quartermaster General, US Army Quartermaster Center and School, Fort Lee, Virginia. As the senior civilian in the office, he executed the mission responsibilities that impacted life cycle management for Quartermaster military and civilian personnel. The personnel proponent mission encompassed thousands of military (Active/Reserve) and civilians.

Mr. Lee was born on May 29, 1938, in Washington Court House, Ohio. He graduated from Washington High School in 1956 and Central State University; Xenia, Ohio in 1960 with a Bachelor of Science Degree in Social Studies. He received a Master of Arts Degree in Business Administration from Central Michigan University, Point Pleasant, Michigan in 1974..···He is a graduate of the resident US Army Command and General Staff College.

Mr. Lee was commissioned as a Quartermaster Second Lieutenant in 1960 and served in various assignments including two tours of duty in both Vietnam and Europe, While on active duty, he served in a variety of troop support and command positions. He served in non-divisional Direct Support and General Support Battalions, Headquarters ,Seventh Army Support Command, USAREUR DCSLOG, Qui Nhon Depot Defense· Construction  Supply Center, DLA, and The Brigade and Battalion Operations Department Infantry School, Fort Benning, Georgia.