Back to List
Mr. Edward Holt Neese
Class of 1994 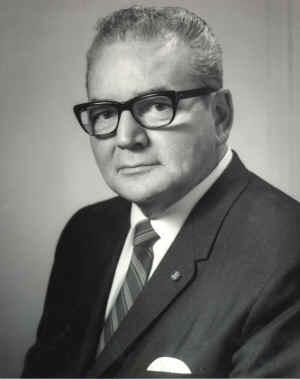 Mr. Neese’s military and civilian education include a Bachelor’s of Science in Commerce from Southeastern University and the National Resources Course at the Industrial College of the Armed forces. His career spanned over 31 years of service to our nation in the military and as a civil service employee.

Mr. Neese’s military career began in 1943 as an Enlisted Soldier and received his commission in June 1944. He served in several pacific campaigns, earning three Southwest Pacific Battle Stars for New Guinea, Leyte, and Luzon; as well as earning the Philippine Liberation Medal with two battle stars. He left active duty in 1946 at the rank of captain and continued to serve in the Reserves, retiring with the rank of Lieutenant Colonel.