Back to List
Mr. James A Burdette
Class of 1995 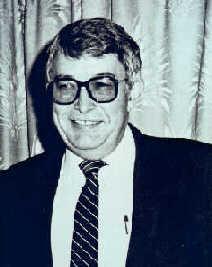 Mr. Burdette’s career spanned more than 45 years of service to our nation both in the military and as a civil service employee. He earned the reputation as an innovator and doer, mentor, teacher, and guide providing assistance to countless Quartermaster and other logistic officers throughout his distinguished service. He was often referred to as a “logistics Moses”. His military career began in World War II. After basic training he served as Parts Clerk and Supply Sergeant in the Pacific Theater. He deployed to Korea in 1950 and was appointed Warrant Officer in the Chemical Supply Field while serving with the Pusan Chemical Depot. Later he held a variety of specialized and general supply positions at various levels in the United States and Europe. In 1960, Mr. Burdette transferred to the Quartermaster Corps. He retired from active military service in 1964, but continued his work in logistics. His military decorations include the Army Commendation Medal with two Oak Leaf Clusters.

Mr. Burdette’s civil service career began with the Army Petroleum Center. He also served in the Supply and Maintenance Directorate Army Material Command and Headquarters Department of the Army, Office of the Deputy Chief of Staff for Logistics. Mr. Burdette’s significant contributions to the Quartermaster Corps are lengthy. He was a key player in the first attempt by the Army to automate the supply system at the division and non-division levels. As a member of the Headquarters Department of the Army Test Planning and Evaluation Staff he provided critical guidance in development of 82 divisional logistics concepts for automation that were tested and adopted. He was also influential in developing data bases which provided in-transit visibility of items in the supply pipeline and the technique for routing Army cargo to a specific point for consolidation and containerization. He earned a reputation for excellence as the principal proponent for unitizing cargo for direct delivery to the ultimate customer, minimizing subsequent handling and pilfering. He was also instrumental in creating new supply concepts such as bottoms up reconciliation and direct requisitioning.