Back to List
Mr. James Frank Barros
Class of 2014 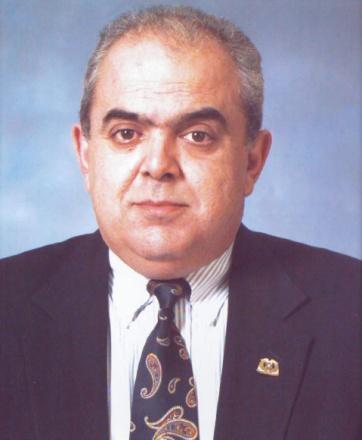 James Frank Barros was raised and educated in the state of Pennsylvania. As a young man he enlisted in the United States Navy and served for four years during the period of the war in Vietnam. Following his uniformed service to the Nation, Mr. Barros attended and graduated from George Mason University obtaining a Bachelor of Science degree in Biology. He later attended Virginia State University and obtained a Master’s degree in Education Administration.

Jim Barros began his career in civil service in January 1974 in the Petroleum Training Department, United States Army Quartermaster Center and School, Fort Lee. During the course of his 28 year career, he served in a variety of positions; Instructor/Writer; Course Manager; Training Developer; Director of the Petroleum and Water Department. During his tenure as the Director, he was the driving force for unprecedented support and funding throughout the Army and the Department of Defense for the petroleum and water battlefield functions. Uppermost in his efforts was always delivering the best trained soldiers and leaders to the field. Mr. Barros was quick to remind war-fighters of the importance of strategic and operational planning for petroleum products and potable water to sustain military campaigns. His personal dedication to training our petroleum and water supply warriors helped assured the success of our Army in many operational settings, foremost among them being Operation Desert Storm and Operation Iraqi Freedom.

Jim Barros retired from civil service in June 2002. For the next 12 years he contributed selflessly to the continued success of the Petroleum and Water Department, the Quartermaster School and the community at Fort Lee. He served as a member of the Quartermaster Foundation and worked to help fund the Quartermaster Museum in order to preserve the great history of Quartermaster Warriors.