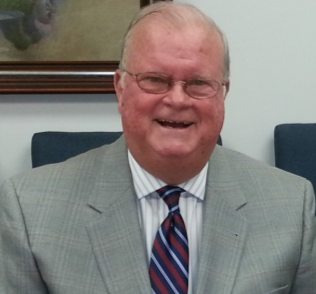 Mr. John Q. McNulty served in a number of key positions as an Army Quartermaster Officer.  His Army career spanned twenty-nine years of enlisted and commissioned service with twenty-two years involved in various aspects of Army feeding to include subsistence management and commissary management.  He was one of the initial officers selected to represent the US Army in the Personnel Exchange Program and served with the British Army Catering Corps, Aldershot, Hants, United Kingdom.  He later ascended to the position of Director, Army Center of Excellence, Subsistence (now the Joint Culinary Center of Excellence), Quartermaster Center and School.  Upon his retirement from active duty, he served in private industry for five years as a Program Manager for Anteon Corporation where he supervised twenty-five contract employees providing analytical support to the U. S. Army Logistics Battle Lab at the Combined Arms Support Command.

Mr. McNulty entered federal civil service and ascended to a high-level food policy position in the Office of the Department of the Army G-4. He was assigned as the Chief of the Food and Logistics Division where he was a principal planner and strategist for Army feeding operations in Iraq and Afghanistan.