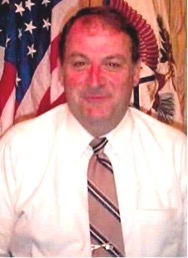 Mr. Sims made significant contributions over 32 years of service that consists of multiple foreign assignments including combat duty in Vietnam. As the manager of the Fort Lee Officer and Civilian Club, Mr. Sims was a dedicated and hardworking professional. While other club systems within the Training and Doctrine Command were losing money, the Fort Lee Club was the most profitable and therefore generating money for the Morale Welfare and Recreation Program that supported many post activities. His staff created an atmosphere and service at the club that made people want to be a part of it and join. The events that were planned through his initiatives were all valuable for our community, none more than those for our new junior officers providing an introduction to the Army and our Corps.  Mr. Sims set the standard for concern for others, leadership, dedication, and integrity sacrificing his personal and family time for his profession and for others. He is the epitome of the traditions of the United States Army Quartermaster Corps.