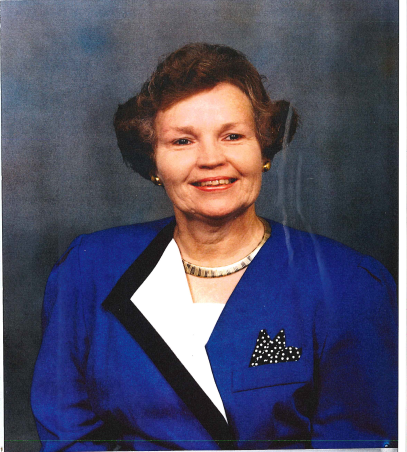 Mrs. Nancy Bain received her Bachelor’s Degree in Business Education from Longwood University.  She began her career with the Quartermaster Corps as the Receptionist in the Office of the Commandant of the Quartermaster School. During her career, she held positions of increasing responsibility.  She served on the G-1 Staff as an Operations Specialist, Plans and Personnel Officer and as a Policy Officer.  Her organizational and management skills were recognized when she was promoted to the position of Personnel Services Officer in the Directorate of Personnel and Community Activities.

Her service during Desert Shield/Desert Storm was of such exception that she was recognized by the Department of the Army.  Her greatest career achievements were in the area of Family Support where the uniqueness and quality of the programs she initiated were formally recognized when she was selected as the TRADOC “Outstanding Division Chief for Installation Community Family Activities”.

During her distinguished career, Mrs. Bain received numerous awards to include: The Commanders’ Award for Civilian Service Medal, Certificates of Achievement from TRADOC and the Quartermaster Training Command.  She was a Federal Women’s Organization Honoree of the Year.