Back to List
SES Charles M. Wiker
Class of 2015 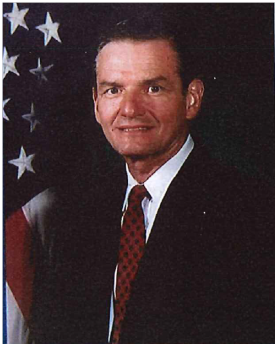 Mr. Charles M. Wiker is a graduate of Boston University. He began his military career as an Infantry Officer in the 82nd Airborne Division where participated in the deployment to the Dominican Republic. During the Vietnam War, he commanded D Company, 2/7th Cavalry, 1st Cavalry Division.  As the Deputy Director for the Defense Commissary Agency, Mr. Wiker provided senior management to the Regional Directors, Chairman of the Defense Commissary Capital Investment Committee and the Commissary Career Program Board.

During his tenure, the agency achieved budget reductions of $300 million while adding another $125 million in pipeline inventory reductions. For its first two years following activation, the Defense Commissary Agency had the worst record in the Department of Defense for on time bill paying and prompt pay discounts lost. By initiating a program to pay vendors using the delivery ticket as the payment invoice, Defense Commissary Agency in one year went from “worst to first” by consistently every year thereafter having the best record in Department of Defense for on time bill paying.

The agency reduced Order Ship Time overseas on all Defense Commissary Agency shipments from over 100 days to less than 30 days. Not only did this generate the $125 million reduction in pipeline inventory, it increased daily in stock rates throughout Europe and the Pacific to consistently 98% or above. As a direct result, Inspector General administered Customer Satisfaction surveys consistently reached 4.9 on a five-point scale. The Defense Commissary Agency received the first Department of Defense Total Quality Management Achievement Award, two Hammer Awards for Excellence in Reinventing Government, and was selected as the Department of Defense pilot to become a Performance Based Organization.