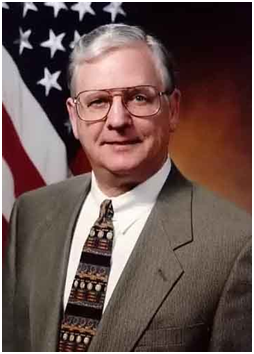 Mr. A. David Mills culminated a 44 year career in May 2008. As the Assistant Deputy to the Deputy Commanding General and later Executive Deputy to the Commanding General, Army Materiel Command, Mr. Mills served as the Senior Army civilian responsible for industrial operations throughout several transitions resulting in a less bureaucratic and stove pipe organization to one that was more responsive to the Soldier and warfighter.  His impact on a myriad of operations in these capacities enabled him to support the war efforts in Afghanistan and Iraq and non-combat operations in many parts of the globe as the United States supported Humanitarian efforts at home and abroad.

As the Assistant Director for Supply and Maintenance in the Office of Deputy Chief of Staff for Logistics, Mr. Mills set a myriad of policies, allocated funding for viable supply and maintenance programs, especially as the forces were returning from Operations Desert Shield/Desert Storm, and the resulting downsizing of the Army.  He spearheaded the use of excess supplies and equipment programmed for use in Operations Desert Shield/Desert Storm. Further, he oversaw the equipping of the Total Force based on the “first to fight” policy and spearheaded the equipping the Army’s Brigade Afloat as well as set the stage for a National Maintenance Program.

As the Deputy Chief of Staff for Weapons System Management, Army Materiel Command, Mr. Mills was directly responsible for the Army’s modernization procurement appropriations budget.   He oversaw the acquisition and fielding of the five major system platforms, ensured components for repair at depot level were in place, facilities were upgraded to support such new weapons systems and the supporting equipment was in fact placed on the new equipment before being issued to units. This, coupled with the fact that personnel were trained to operate and maintain this sophisticated equipment.  The Abrams Tanks, Bradley Fighting Vehicles, Apache and UH-60 helicopters were fielded flawlessly during his tenure.