Back to List
SES Thomas J. Edwards
Class of 2015 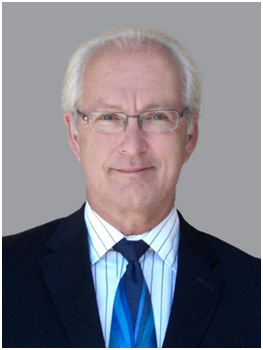 Mr. Thomas J. Edwards holds a Master’s Degree from the University of California. He began his Civil Service career in 1978 and would steadily leave a profound and lasting legacy until his retirement in October 2008.  He has been without a doubt a leader in innovation and welcomed change in Army Logistics.  His efforts to improve Logistics, not just within the Army, but within the Department of Defense have been legendary.  Mr. Edwards’ ability to bring diverse teams together to study, analyze, and solve complex global Logistics problems stemmed from his early assignment at the Logistics Center where he led an element who identified investments to help reduce operating and support costs.

Further, he directed Logistics Systems Program Reviews for the Vice Chief of Staff of the Army.  While assigned at Headquarters Training and Doctrine Command as the Assistant Deputy Chief of Staff for Training, he led the effort to restructure the Army’s Training Development workforce reducing resource requirements by more than $325 million per year.  As the Deputy to the Commanding General, United States Army Combined Arms Support Command, Mr. Edwards spearheaded a variety of programs that led to a balanced and affordable Logistics Program for our great Army as well as Department of Defense. Velocity Management was one such program that when implemented within the Army, resulted in a reduction of customer wait time from 26 to nine days for Continental based customers and a reduction from 34 to 11 days for overseas customers.

As the Army moved into the 21st Century, Mr. Edwards led another team that organized, equipped, trained and certified the logistics elements of the Army’s newest combat organization, the Stryker Brigade. Under his outstanding leadership, the Stryker Brigade initiative was the fastest force development effort at that time, advancing from concept to war in 39 months. Additionally, Mr. Edwards led the effort to establish a Logistics Common Operating Picture (LCOP) in five months.   The LCOP matured into the Battle Command Sustainment Support System (BCS3) which was fielded to Army and Marine units in combat operations.  In 2004, BCS3 received the Knowledge Transformation Initiative Award from the Army Chief Information Officer. Because of his distinguished service and dynamic leadership, Mr. Edwards has been recognized three times in his career with the coveted Presidential Rank Award, the President’s Award for Merit and the Exceptional Civilian Service Award.