Back to List
SGM David P. Staples
Class of 2018 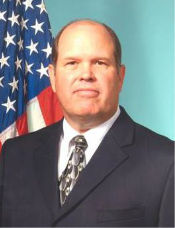 He played a critical role towards provided direction and oversight of improvements supporting the Army Food Program from new Military Construction Army Dining Facilities to updates in automation requirements in the Army Food Management Information System and requirements in the Decision Support System providing end to end visibility of Class I dining facility, field feeding and go-to-war support. In the process of serving his Army and nation for 23 years, he has not only trained a future generation of food service leaders to better sustain the Army and the Quartermaster Corps well into the next century, he has also contributed to the acquisition of and improvement of the major subsistence management support systems they employ. His legacy is built on the total life cycle of our Army, from recruitment to training to equipping and sustaining.