Back to List
SGM Raymond L. Arnold
Class of 2020 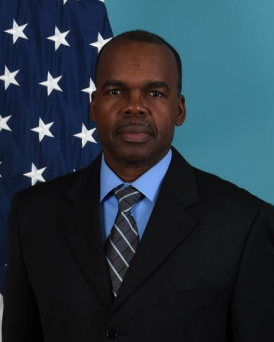 Sergeant Major Arnold is the hallmark that premiers the best of the best in logistics planning and execution, and his career spanned 30 years of faithful service to the U.S. Army.  SGM Arnold’s superior leadership, technical expertise and professionalism catapulted him as the tip of the spear in the most arduous and challenging assignments throughout his military career.  SGM Arnold served with distinction as the Sergeant Major of the prestigious Department of the Army, Philip A. Connelly Awards Program for Excellence in Army Food Service, he distinguished himself as a consummate planner and leader by executing 1998, 1999, 2000 worldwide evaluations and award ceremonies.  SGM Arnold’s visionary concepts was instrumental in influencing the International Food Service Executives Association to create a Joint Military Food Service Ceremony that reduced the conference by three days, thereby reducing the Army’s and the other services military food service excellence awards program’s budget by 20%.  SGM Arnold demonstrated exceptional leadership and professionalism while serving as the Directorate of Training Sergeant Major.  He was responsible for the professional development, and assignment of 100 military and civilian instructors, and responsible for the instruction of Advanced Individual Training, Basic Noncommissioned Officer Course, Advanced Noncommissioned Officer Course, Warrant Officer Basic Course and Warrant Officer Advanced Course.  SGM Arnold’s superior organizational leadership and managerial expertise were instrumental in the department training a record number 5,149 Marines and Army Food service Soldiers while being staffed at only 62% of the authorized TDA during FY03.

SGM Arnold was resilient in reviewing and approving over 300 programs of instruction and lesson plans for all Army Food Program training courses. While serving as the 25th Infantry Division’s G4 Sergeant Major, SGM Arnold planned, coordinated and supervised the strategic deployment of over 12,000 Soldiers and 10,000 pieces of equipment to OEF/OIF. SGM Arnold planned, supervised and coordinated the deployment and redeployment of over 40,000 Soldiers and 35,000 pieces of equipment to 12 major CONUS and OCONUS installations in support of major pre-deployment and training exercises. SGM Arnold supervised the operation of 50 Army organizations performing logistic supply and service operations: transportation management and property disposal of Army property in excess of $450 Million Dollars. SGM Arnold’s technical expertise and professionalism enabled the U.S. Army Pacific Command to win the Department of the Army Philip A. Connelly Awards Competition in both the Large and Small Garrison Categories. SGM Arnold was selected to be the Army Center of Excellence, Subsistence Sergeant Major, as the Senior Logistic Advisor to the Director. He superbly monitored and reviewed food service regulations and policies, and recommended changes that improved quality of service and support for over 20,000 active enlisted and reserve component Soldiers in the Army Food Program. SGM Arnold served with distinction as a member on the Mobile Kitchen Team that provided senior advisory assistance on all food service-related issues in Afghanistan, Kuwait and Iraq. SGM Arnold served as a sterling example for Premier Quartermaster stewardship and epitomizes the best in Leadership in Action.