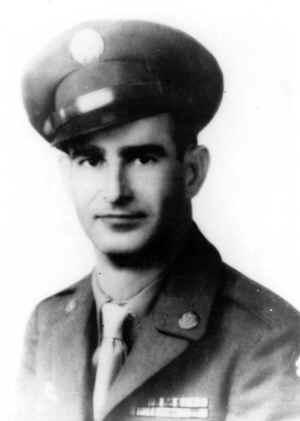 SGM Morrow was born on September 22, 1919 in Bowie, TX. He enlisted in the U.S. Army on September 8, 1940, and served in the Pacific Theater of Operations during World War II. He was captured by Japanese forces in 1942 and was a prisoner of war (POW) until 1945. His many decorations include the American Defense Service Medal with Foreign Service Clasp, National Defense Service Medal (with Oak Leaf Cluster), World War II Victory Medal, Asiatic-Pacific Campaign Medal (with Bronze Star), American Campaign Medal, Prisoner of War Medal, and Army Commendation Medal.

During his time as a Japanese POW, SGM Morrow showed his leadership abilities. He was often called upon to serve as a leader in the absence of officers in the POW camp and always served with valor. Both during the war and throughout the remainder of his career, SGM Morrow’s actions were characterized by his professional knowledge, superior performance, and dedication duty. He died on December 24, 1982.