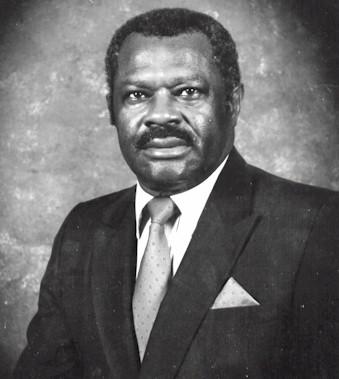 Sergeant Major Evans was born in Wilmington, North Carolina, and enlisted in the U.S. Army in July 1950. After basic training, he served with the 46th Air Defense Artillery Battalion at Fort Bliss, Texas, and was eventually assigned to duty with the Battalion S-4 (Supply Section). He subsequently deployed to Germany with the unit, as its Supply Sergeant, where he remained until 1956.

From 1964 to 1970, Sergeant Major Evans served with the 25th Infantry Division (Hawaii and Vietnam), 4th U.S. Army Deputy Chief of Staff for Logistics at Fort Sam Houston, Texas, and with the 8th U.S. Army, G4 (Korea). Upon his promotion to Sergeant Major he became Noncommissioned Officer in Charge of the Logistics Division, with the U.S. Army General Equipment Test Activity at Fort Lee from 1970 to 1972. He served three years (1972-75) at TASCOM Headquarters in Germany, before returning to Fort Lee (1975-80) for his final active duty tour as NCOIC for the Housing Division, Directorate of Facilities Engineering.

Sergeant Major Evans has been a Federal civilian employee here at Fort Lee since his retirement from the military in December 1980. He has been recognized many times since for his superior performance as the installation’s Housing Project Manager.